Grants to the Community

A parish council has a number of powers granted under various Acts of Parliament which enable it to spend money. Since 2008 the "Power of Wellbeing" and more recently the "General Power of Competence, Localism Act 2011" allow parish councils more flexibility in how they spend money within the local community. In order to use either of these powers it is necessary that the council has a qualified clerk, and at least two thirds of the councillors have been elected rather than co-opted or appointed. Currently Killamarsh Parish Council does not meet these criteria. Therefore, all donations and grants fall under the statutory power of Section 137 of the Local Government Act 1972, which permits it to spend up to a certain limit on anything which, in the opinion of the council, is in the interests of the parish, or any part of it, or is in the interest of all or some of its inhabitants.

This amount is limited to a figure per head of the electorate on the electoral role on 1st January before the commencement of the financial year. The figure is given to the Council, via the Clerk on an annual basis.

The parish council has no obligation to spend all or any of the money available under S.137. This money is not 'gifted' to the parish council; it forms part of the Precept which the parish council makes on the District Council. The cost of any grants or donations is therefore reflected in residents' council tax bills.

The parish council prepares its annual budget during November/December each year. The Parish Council have agreed a figure of £5,000 to be included in the 2022/23 budget and will award up to 10 grants of a maximum of £500, or more should the organisation require an amount less than £500. Organisations can write/apply only during the month of April and again in October in time to be considered for a grant, until the £5,000 is spent. Any award granted would become available for payment between June and November of the same financial year.

Ad-hoc requests can be made during other months. However, there is no guarantee that any funds will remain available.

To see who is eligible to receive such a grant, and for full details of how to apply, please read the policy which was approved by the Full Parish Council on 26th February 2022. 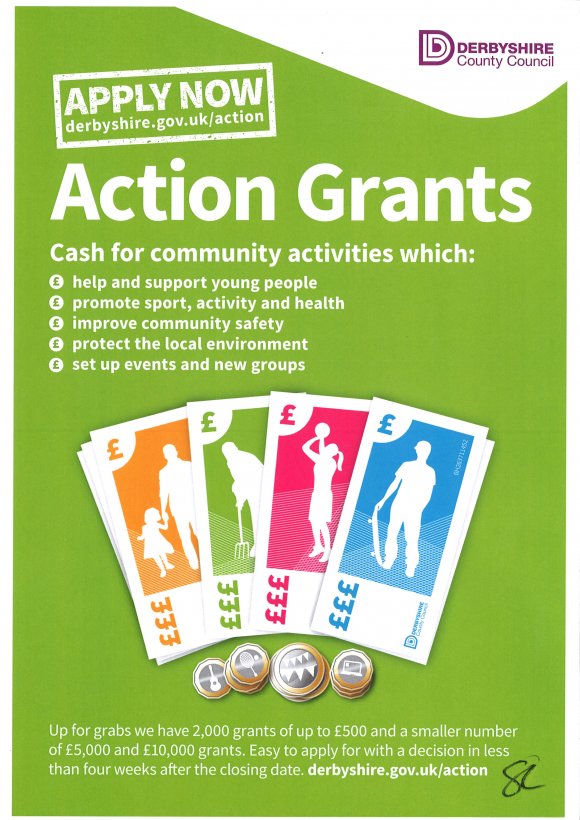